Since oxidative stress plays a critical role in lung pathophysiology, the Computational Lung Physiology Laboratory (CLPL) is developing molecular fluorescence imaging for probing cellular function in lung cells and tissue. We commonly use an experimental protocol in which the 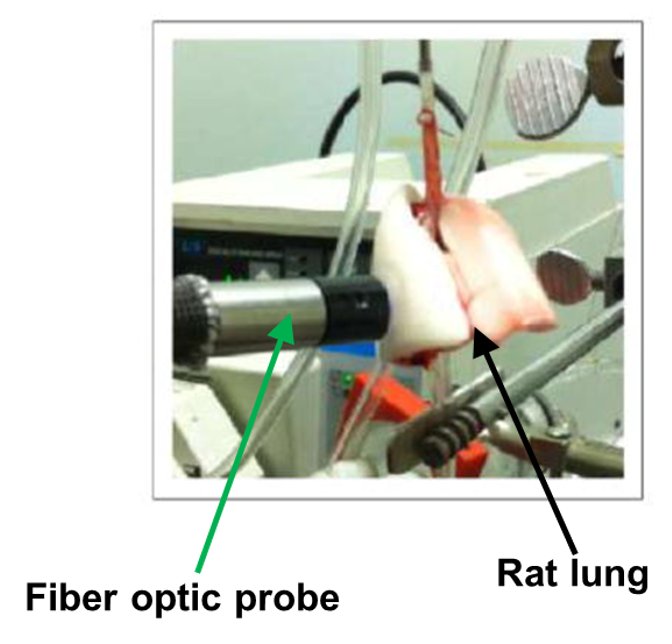 lung of a rodent is removed from the body and connected to a ventilation and perfusion system. We then have the ability to spectrophotometrically measure the concentration of a fluorescent probe entering, exiting, or residing in the lung under different experimental conditions. These data—together with a physiologically-based pharmacokinetic model—are then used to determine the value of key constants associated with particular cellular processes that change with injury. For example, we have developed a robust protocol to measure the rate of hydrogen peroxide (H2O2) production in lungs as an index of oxidative stress and to determine the cellular sources of the measured H2O2using the extracellular probe Amplex Red. We have shown that complex II of the electron transport chain is a potentially important source and/or regulator of mitochondrial H2O2. We are also developing experimental and computational approaches for estimating mitochondrial membrane potential in lungs using the fluorescent probe rhodamine 6G. This approach has potential to provide a quantitative assessment of the effect of injurious conditions on lung mitochondrial function and to evaluate the impact of therapies that target mitochondria. 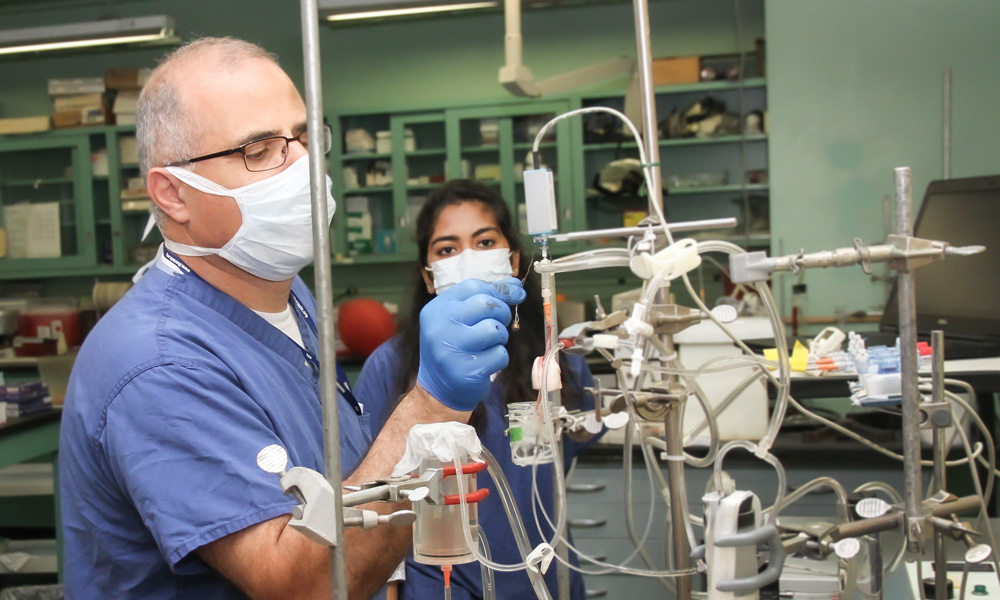 For additional information about the Computational Lung Physiology Laboratory, Contact Us!

The Computational Lung Physiology Laboratory has a strong commitment to training the next generation of scientists interested in using state-of-the-art computational techniques to improve human health.  Research opportunities are available for undergraduate and graduate (MS and PhD) students alike.  If you are interested in learning more about joining the  CLPL, Contact Us!